At Brightskull we are guided by a vision; to make our outsourcing production model feel like an insourced team. Needless to say, we are also incredibly passionate about dialogue. Being an intensely specialized field requiring many years of experience to master, it would be a strange business to be in without it!

When co-founder Michael D. Csurics was an in-house Dialogue Lead at a AAA game studio one of his main functions, outside of casting and direction, was sourcing vendors. He realized that more often than not the outsourced talent, while highly skilled, felt scattered; less part of the team and more like lone wolves.

It led to the question: Can it be done better?

We asked it at Brightskull’s inception and continue to ask it every day because the day we stop asking is the day we stop learning, growing, and evolving together with our clients.

We are storytellers. It’s how we know that at the heart of every project is a unique narrative eager to find its own voice.

We also know that the journey to making that voice shine rarely travels the same path for any two undertakings. One team may have a project in development and be looking to offload the entirety of the voiceover process altogether. Another may find themselves looking for a creative partnership, bringing in experts to fill knowledge gaps in a specific area like directorial, casting, or writing dialogue.

The way we see it, our role in that journey is to leverage our expertise and experience to fit perfectly as the missing pieces in each client’s puzzle. It’s why we’ve built our tools, workflows, and pipelines from the ground up to be able to adapt to each project’s needs, not the other way around.

Our clients care deeply about story and performance. They trust us with their babies and that’s a responsibility we take very seriously.

We view our relationship with our clients as a partnership and are fully invested in doing our part to make each and every project reach its maximum potential for success.

It is our privilege to work on everything from massive blockbusters to niche indie hits. Regardless of the size of the project, our clients find themselves met with the same level of unwavering enthusiasm, meticulous organization, and industry-leading expertise throughout all stages of production. 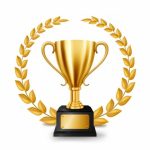 Indie hit “The Vanishing of Ethan Carter” was nominated for three BAFTA awards at the 11th annual awards ceremony, including “Best Debut Game” and “Best Original Property”. Brightskull provided the Casting, Direction, and VO Production on the project, which was recorded entirely as an ensemble. We couldn’t be more proud of our work on this beautiful game!

BAFTA
The Vanishing of Ethan Carter

“The voice actors put on an excellent performance, emotions are conveyed clearly.”

Masquerada: Songs and Shadows was honored as the Best Indie Game at the 2015 Tokyo Game Show. With over 1200 pages of gorgeously written dialogue, the entirety of which was recorded ensemble, we couldn’t be more proud of our work in Casting, Directing, and Producing the VO on this heartfelt game!

With it’s vignetted storytelling mechanic, organic mumble-core aesthetic, and end-to-end ensemble recording sessions Tacoma was a wonderful project put together a cast for. Michael Csurics (casting director) and the casting department at Brightskull were honored as nominees alongside the casting teams for Coco and Incredibles 2.

“Fullbright knew that this mechanic would fall apart without the right voice actors, and they got some of the best in the business… The voice acting is on par with games with fifty times the budget. Every single actor delivers a fantastic performance.”

Gamespot Loved Our Work on Tacoma

“strong voice acting and writing gives surprising depth to characters who are physically absent from the story itself… Even without facial animations of any kind, it’s easy to interpret their emotions, mostly due to phenomenal voice acting from the cast.”

On the first day of ensemble recordings for an ambitious indie project with a 1,000 page script, something clicked. Hard.

Some of the development team had never been to Los Angeles before and over coffees, teas, and breakfast foods we began to bridge that invisible divide of emails and Skype calls before heading into the studio to begin. The clients got comfortable, the actors headed into the booth, our director called action, and the first take was underway.

Then it happened. The writer, on hearing the first scene being performed, breathed a sigh of relief and smiled a smile so wide it filled the room.

Many projects we’ve worked on have received awards, high Metacritic scores, and commercial success; but the way we’ve come to measure success was sitting right there on the couch, smiling and content.

Ready to raise your voice? Get in touch today!

Whether you’re searching for an end-to-end solution for your next project, looking to tap into our expertise with some heavy lifting on a single task, or maybe just have some questions we can help answer, send us a message using the form. We’re happy to hear from you!